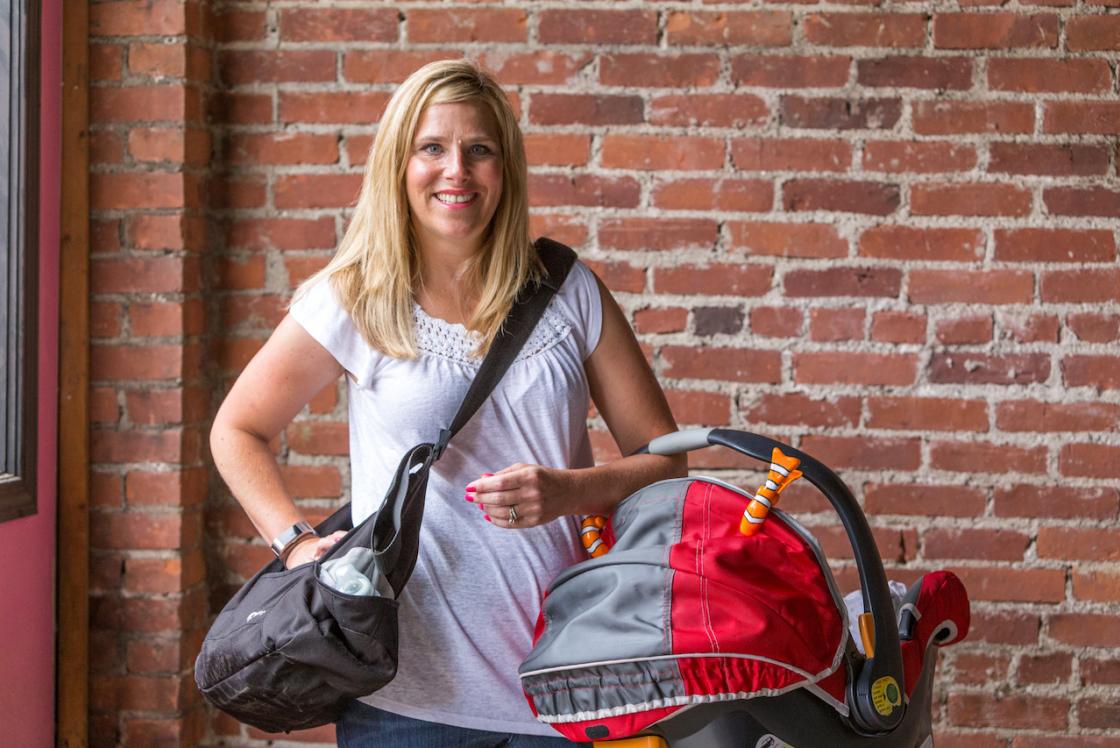 Working mom. I remember hearing the term when I was in my early twenties, back when I thought that I wanted to be a “career person” and forego the whole raising a family thing. But in some little pocket of my mind there was a candid curiosity about having children. Being as inexperienced as they came, I thought at the time that I’d never be able to have a child and work at the same time. Surely, no one would want to hire a person who had the built in addition of offspring. Years later, with a four-year-old, a nine month old and a daily writing deadline-I am exactly that…a working mom.

My alarm clock is my daughter, Emily, who, more times than not, is up at 6:00am, begging for strawberry milk and every ounce of attention I can produce at that hour. Within moments, baby Charlotte lets out one of her laugh-cries, and we officially start the daily battle of push and pull and give and take. Who will get the most attention from me today? Emily, Charlotte, or my work? This is where the balancing act of a working mom comes into play and it’s a performance that isn’t free of guilt, impatience or fatigue…if we’re being honest here.

Because I’m one of those people who seem to work better under pressure, I thrive as a working mom in which I have to juggle a lot of balls and wear several different hats. I have a deadline every day of the week…a wide variety of things that have to be done, including pre-school signups, editor interviews, a doctor appointment for the little one who has yet another ear infection, all jumbled somewhere amongst the 4,500 words that need to be written and the research that needs to be conducted.

While the term “working mom,” is often accompanied by an image of a woman with messy hair and a frazzled expression while holding two babies and a clipboard, the world today is quite conducive to the stereotype, and now more than ever, it’s easier to work with ease and flexibility in an environment where others, whether they are moms or dads, are in the exact same position. Globalization has given us more opportunities than ever before to be able to raise a family and build a career at the same time. The reality of nine to fives that don’t offer any flexibility when it comes to family time is fading and independent workers are joining together to get things done in half the time, with twice the passion.

Just like my family at home, the team at Inc.ubate is there to share their talents with one another, while also sharing the same living space where innovation meets possibility.